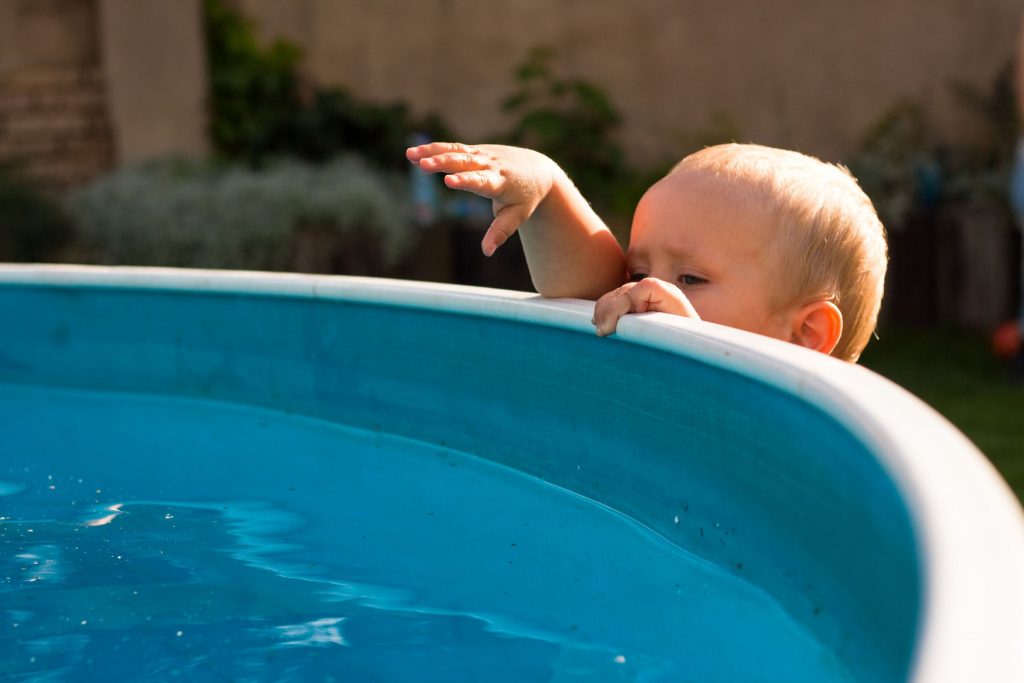 A pool is a great way to cool off during the summer, and can be a great activity for a family. However, there are certain risks of open bodies of water that you may not be aware of. The following article is intended to inform you of the dangers of large bodies of water and how to prevent potential drownings.

There are about 3,500 drowning deaths each year, according to the Center for Disease Control and Prevention (CDC). Unfortunately, about one-fifth of these fatal drownings involve children under the age of 14. In fact, drowning is the second leading cause of death for children under the age of four. Furthermore, for every one child who dies, another five need emergency medical care for a near-fatal drowning.

Clearly, the danger of drowning is a large problem in the United States. Many drownings would have been prevented if the proper steps had been taken to ensure the safety of people around a pool or swimming hole. There are several factors that lead to an unsafe pool area. These include:

Additionally, the consumption of alcohol and lack of safety equipment like life vests, reach bars, and stairs out of the pool could increase the risk of drowning.

Impact of Drowning and Near-Drowning

Victims that have nearly drowned could face severe brain damage. This brain damage could result in memory problems, learning disabilities, and comas according to the CDC. The average financial cost for medical treatment after nearly drowning, according to the Foundation for Aquatic Injury Prevention, is $75,000 for initial treatments and emergency care. The cost for long term care after a near-drowning can be as much as $180,000 a year, and in the end may cost more than $4.5 million in medical bills. Every year, the total cost for drownings and near-drownings for children under the age of 15 is approximately $6.2 billion. Children under the age of five account for 61 percent of these costs.

Many cases of drownings and near-drownings could have been prevented, and may have been due to someone else’s negligence. If you believe that your child’s drowning-related injury is due to someone else’s actions or lack of action, you may be entitled to compensation. An experienced personal injury attorney can assess if you have a valid claim, and fight for your right to compensation if your claim is valid.

Zac Pingle was born in Florida, and grew up in several places across the United States. From a young age, Zac developed a taste for writing, reading under trees and getting into trouble. Currently, Zac resides in Oregon as a college student where he aspires to become an English professor.